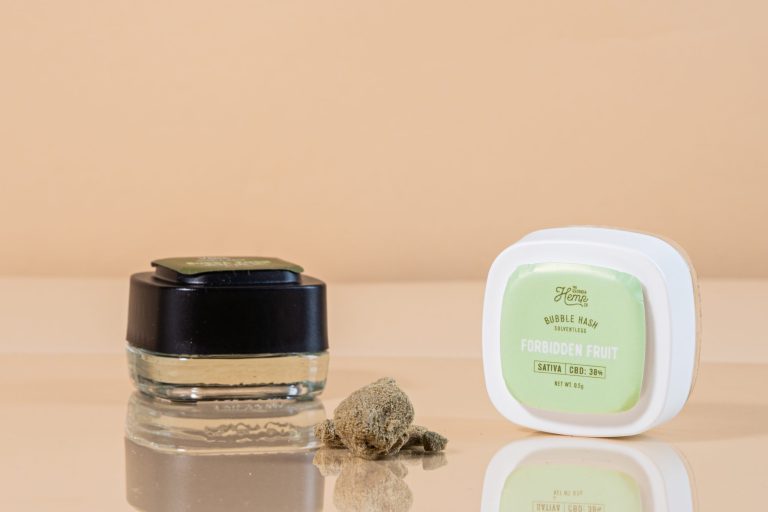 A specially prepared cannabis product, bubble hash, garners substantial (and well-deserved) popular interest due to its potent medicinal properties and the resulting powerful physiological effects for those who use it.

Let’s get into what bubble hash, why it’s unique, how it’s made, and our proprietary bubble hash products available through our Georgia Hemp Company online store.

What is bubble hash?

Bubble hash – also known popularly as water hash – is made using a special and remarkably simple preparation method with water, ice, and filters. Bubble hash owes its name to the bubbling noise it makes when smoked. It differs in form and function from other concentrates, as well as from traditional hash, in important ways that we’ll explore here.

Cannabis pioneer Neville Schoenmakers, the purported owner of the largest cannabis seed bank in the world, is largely credited with inventing the special bubble hash extraction technique in the 1980s.

California-based Sadhu Sam then modified and refined the extraction method, which spread like wildfire within the (then relatively small) cannabis community. Now, bubble hash is widely available.

How is bubble hash produced?

In the context of modern high-tech extraction techniques and vape pens, the tools required to make bubble has are relatively primitive:

The process works like this: combine ice water and hash in a vinyl “bubble bag.” The ice freezes the trichome heads (cannabinoid and terpene-rich “tiny crystal-like hairs that cover the buds”).

The vinyl bag contains sieves responsible for separating the resiny trichome glands – the good stuff — from the plant matter. The trichome heads slip through the sieves, and finer mesh sieves further separate the resin from the plant material. The hash is then dried under a cotton muslin cloth or micron screen.

What’s left at the end of the process is pure, unadulterated hash that resembles granulated brown sugar and, when pressed together, looks very much like traditional hash. The final color can be either dark or light brown.

More traditional hashish is produced by manually extracting the resin by hand, then rolling the resin together. There’s nothing wrong with the old-fashioned method, but bubble hash is purer and less labor-intensive to make. Many users prefer the “cleaner” taste of bubble hash.

In addition to often being confused with traditional hash, bubble hash is also frequently mistaken for kief. Kief is the dried resin on the outside of dried ccannabis buds. It gets knocked off in grinders or when the bud is broken up by hand. Essentially, kief is simply the unprocessed, raw, decompressed version of hash.

How is bubble hash different from other concentrates?

The main thing to know about how bubble hash differs from other concentrates is that it’s solventless – meaning it doesn’t rely on any chemical solvents to extract the desired cannabinoids and terpenes.

“Products derived from cannabis can deliver a number of contaminants to the user, including pesticides, molds, bacteria, metals, and solvents. Although many of these contaminants are also found in our food, water, and air, the potential exposures and health consequences are less well understood in the context of cannabis use.”

(Our Georgia Hemp Company products are vetted for quality and purity by independent third-party laboratories that screen for contaminants. Unfortunately, we can’t necessarily say the same for the wider, largely unregulated cannabis industry. Do your due diligence before purchasing cannabis products by always looking for accredited lab reports to put your mind at ease and protect your health. Check out our guide to reading and interpreting third-party lab reports on cannabis products.)

In addition to its chemical-free production method, cannabis users prefer bubble hash over other preparation because of its:

Terpenes are unique plant compounds found in heavy concentrations in many cannabis strains. Bubble hash enthusiasts often swear by bubble hash because of its higher terpene content, which is preserved during the delicate ice water extraction process described earlier.

Terpenes are notoriously volatile compounds, and as such are prone to destruction during other, harsher extraction processes. Ice water extraction, when it’s done right, preserves the terpene content.

Terpenes are largely responsible for the unique aromas of various cannabis strains as well as for numerous potential natural health benefits, resulting in both a superior taste as well as the greater medicinal value of bubble hash compared to other cannabis products.

Ask any bubble hash enthusiast and they’ll tell you why they prefer these products. Wonderful aromas and deeply relaxing effects are likely to be at the top of the list.

This product contains 22% cannabinoids (primarily CBD) as well as a rich terpene content. Because it’s an Indica strain, Bubba Kush is relaxing and euphoric in its effects. As such, it’s perfect for winding down from a long day or recovering after intense exercise. Its scents have been described as ranging from “dark-roasted coffee to sweet pine covered in diesel fuel.”

Our Sativa Bubble CBD Hash is produced from our Forbidden Fruit strain, a combination of Cherry Pie and Tangie strains, making for a mixture of sweet/musky and larger-than-life tropical taste.

Buy online for delivery to your door

We ship directly to your door – no driving to any stores, no waiting in lines. We offer guaranteed timely delivery of high-quality CBD products that the whole family can enjoy – even your furry members! We back this guarantee with our refund policy for any goods damaged in transit if you alert us within 48 hours.

We’re always excited to discuss our wide range of cannabis products with current and future customers. To learn more about our Bubble Hash strain or about any of our high-quality, certified offerings, feel free to reach out.

How to Get the Greatest Satisfaction From Your Pre-Roll

“Pre-roll” is cannabis pop culture vernacular for pre-rolled joints. They’re ultra-convenient for CBD enthusiasts on the go who don’t have time to roll their own, 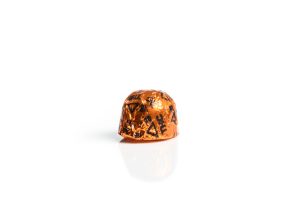 Here, we’ll explore some top tips to ensure that your edible experience is as enjoyable and efficacious as possible. Cannabis “edibles” are products designed for

How to Smoke CBD For a Smooth, Enjoyable Experience

Smoking cannabis is the oldest and most widely practiced method of use. There are alternatives to smoking CBD, of course, which we’ll briefly explore here,