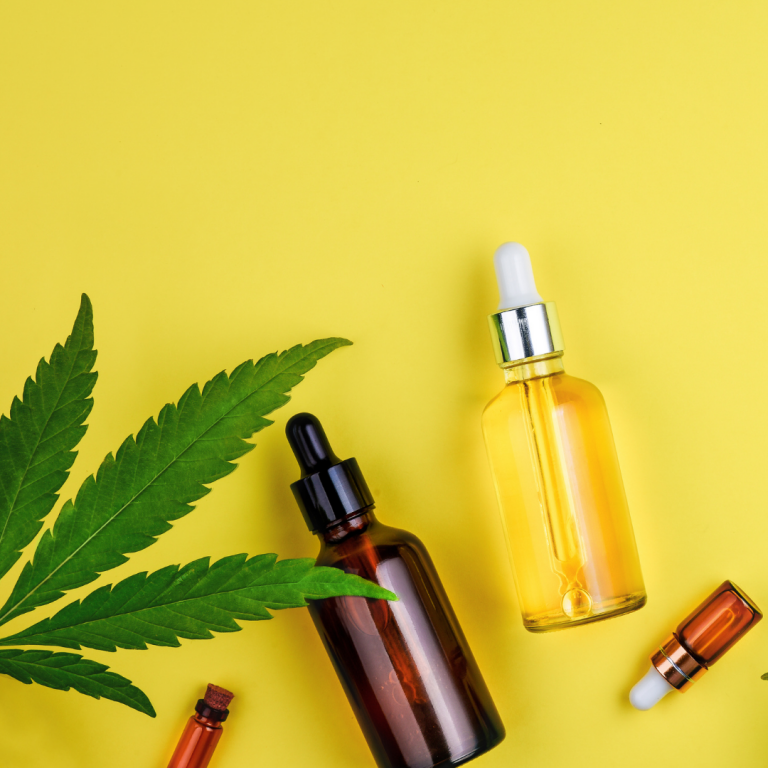 CBD vs Delta-8: The Key Differences and Why They Matter

Unless you’re an industry insider, keeping up with the newest cannabis products offered on the US market is a challenge. Here, we are going to explore the differences between two popular cannabis derivatives, CBD and Delta-8. While CBD still dominates the cannabis market, Delta-8 is a high-selling new product that has garnered considerable attention in the past year or so – and for good reason.

Delta-8, CBD, and the Family Tree of Cannabinoids

CBD, Delta-9 THC, and Delta-8 THC are three of the better-known members of the family of over 100 cannabinoids that, as the name suggests, are found mainly (but not exclusively) in the versatile cannabis plant. Cannabinoids, along with terpenes and flavonoids, are the primary sources of cannabis’ potential medicinal value – where the magic happens. Cannabinoids produce their potential health benefits by acting on the endogenous cannabinoid system found in nearly all animals on Earth. Once ingested (through smoke, food products, or transdermal absorption), CBD enters the bloodstream where it travels to connect to CB1 and CB2 endocannabinoid receptors situated on the cells of every major organ and tissue in the body.

As we’ll get into here, not every cannabinoid exerts the same physiological or psychological effects when consumed. Coming up, we will compare and contrast the respective effects of arguably the two most popular commercially available cannabinoids: CBD and Delta-8.

If you’ve spent any time in the cannabis-sphere, CBD is a well-trodden acronym that you are likely already familiar with. CBD stands for cannabidiol, a molecule extracted from cannabis that has multiple, well-tested, potentially therapeutic benefits.

The research to back CBD’s potential health benefits, by 2021, is rock-solid. Chief among these is its potential anti-inflammatory action. Systemic, low-grade inflammation – an epidemic in modern populations — drives nearly every major chronic illness. Regular CBD use may mitigate chronic inflammation in 4 key ways:

It’s important to note that CBD is not psychoactive like Delta-8 and Delta-9 THC, meaning that it does not produce the “high” that is typically associated with cannabis use.

Rather, CBD is classified as a THC isomer, meaning that it shares the same molecular formula (same atoms, same atomic numbers) as psychoactive Delta-8 and Delta-9 but in a unique arrangement. Imagine, as a very rough analogy, two human hands – one right and one left. They share the same properties and are made of the same materials, but they cannot be superimposed on one another to match in form.

As a result, Delta-8 and CBD produce distinct effects that are worthy of further exploration.

What Is Delta-8 THC and Why Is This Cannabinoid So Attractive to Cannabis Users?

“Delta-8” is shorthand for the cannabinoid’s scientific name, delta-8-tetrahydrocannabinol. Delta-8 is technically THC, and so is also often referred to as “Delta-8 THC” – the terms are interchangeable.

Like its close cousin Delta-9 THC (delta-9-tetrahydrocannabinol) and unlike CBD, Delta-8 does produce a psychoactive effect in users – i.e., a “high.”

Because Delta-8 and Delta-9 are both THC compounds with a nearly identical molecular structure, they produce very similar effects when consumed. The key difference is that Delta-9 THC is by far the more prevalent of the two in the cannabis plant. In common parlance, “THC” usually refers to “Delta-9 THC,” although the label applies equally to Delta-8 THC.

It’s not a stretch to say that the immoral, failed war on cannabis has fueled the rise of Delta-8’s popularity because it provides a creative legal runaround to draconian laws that outlaw Delta-9 THC.

The historical impediments to mass production of Delta-8 THC have been its limited concentration in most cannabis strains. However, the revolutionary 2018 Farm Bill passed by the US Congress upended decades of hemp prohibition and opened the door for legal commercial cultivation of cannabis at scale – including the production of Delta-8.

Within the last two years, cannabis entrepreneurs have begun to extract Delta-8 from CBD in vast quantities, making it widely available to US consumers. Delta-8 produced through this extraction process is known as “hemp-derived THC.”

Understandably, because it is so new to the US market, cannabis users often have several questions surrounding this exotic new cannabinoid, its uses, and legality. Let’s get into them.

In Georgia, House Bill 213, passed in 2019, fully legalized CBD and Delta-8 throughout the state.

Any adult in Georgia can legally purchase Delta-8 from a licensed retailer.

The Bottom Line in CBD vs Delta-8

Delta-8 is distinct from CBD primarily in its psychoactive effects. While they are both powerful cannabinoids with potentially extensive medicinal and therapeutic uses in their own rights, the key difference is that Delta-8 THC produces a “high” similar to Delta-9 THC. CBD, on the other hand, which is generally used therapeutically and not recreationally, does not trigger such an effect. Both CBD and Delta-8 are legal for adults to purchase and use in the vast majority of states, including Georgia. 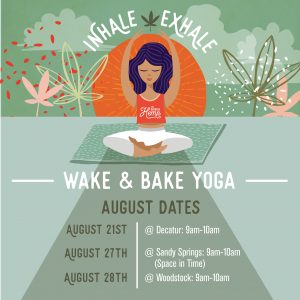 Breath in and Breath out….Start your day with a relaxing Yoga Flow at The Georgia Hemp Company’s Wake & Bake Yoga class. This class is infused with hemp with

One of our partners Wildflower Hemp Co. gave us a beautiful tour of their farm in Oregon. Family-owned and operated and a gorgeous setup complete 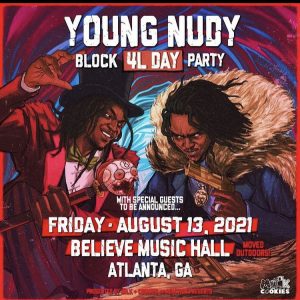 Join us at the Young Nudy 4L Day Block Party